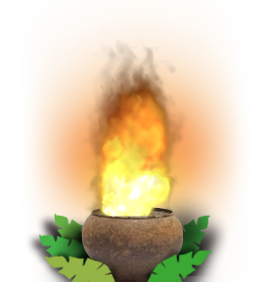 Welcome to the Rumpus TiKi Bar!

What do the Pacific Islands do with Downtown Budapest?

It's a long story. We don't even try to tell the tale.
The Rumpus TiKi Bar in downtown Budapest will lure you to the everlasting, intoxicating summer, with the mind blowing cocktails of the hottest Hawaiian nights and with its distinctive TiKi design and hula skirt waitresses.

Rumpus-TIKI - Be aware! It affects you really fast!

According by an old legend, Rumpus was living on the Island of Maupiti. His days were the same as the other men of the island: He hunted and fished.
But Rumpus was different than the others. He often scared the pray away with his carelessness and he was not shine in fishing eather. He got his name from this behaving, which meant on the languages of the islanders: „Wacky&rd
Then, one day, his thoughtlessness was pissed off and – to avoid the missfortune in hunting again- he was left home. As a punishment, he was entrusted a work which was made only by women until then: He had to make drink from the juices of fruits so when the tired mates come home , they can sate their thi
Of course, this was an indignity for Rumpus so he thought out a joke for the others. Instead of fresh fruits, he collected the really rotten fruits from the ground! He mixed their juices with fresh ones’ and he even put flowers on it so the scent could ridd the nasty smell.
When the worn-out group returned, they went about Rumpus’ creation at once. Although there was something strange in it’s taste, it had been drunk up till the last drop.
Rumpus was ready for another reprimand but something else happened. After some minutes by the effects of the fermented fruits, an unknown feeling overcame on the numbed people who even started to dance. For the first time of his life Rumpus was written up and asked to do the drinks from now on.
Soon, the people from the nearby islands also came out for the magical drink. That way Rumpus enjoyed the work and the recognition he had for the remainder of his life.
He never told his secret to anibody!
Even he himself did not know that He created The world’s first mixed drink, the Cocktail.